Sax On The Screen

When you start to look around for TV and movie themes that feature the sax, one thing that strikes you is how much really great playing there is on these tracks.

Maybe because we are too busy grabbing our popcorn, or a quick cuppa before the show starts, we often don’t really notice the skill of these players (even if we’re humming the tune for days!).

These sax players truly are unsung heroes, and maybe this is why it’s often difficult to track down exactly who played on a particular theme.

Here’s a quick round-up of some of our favourite TV and movie themes where the sax gets a starring role. We’ve included the name of the player where we could find it, but let us know if we got any wrong! 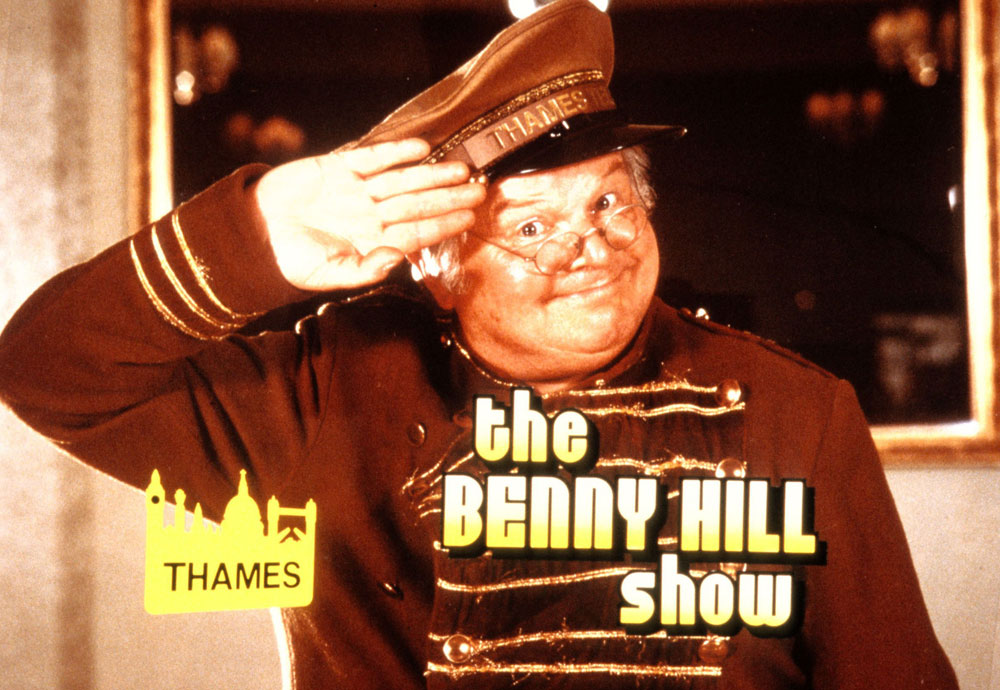 A very politically incorrect British comedy sketch show which ran from 1969 to 1989. The famous theme tune adopted by the show was “Yakety Sax,” still often used for comedy sequences on TV.

Sax Player: Boots Randolph – He made the tune famous in his 1963 recording 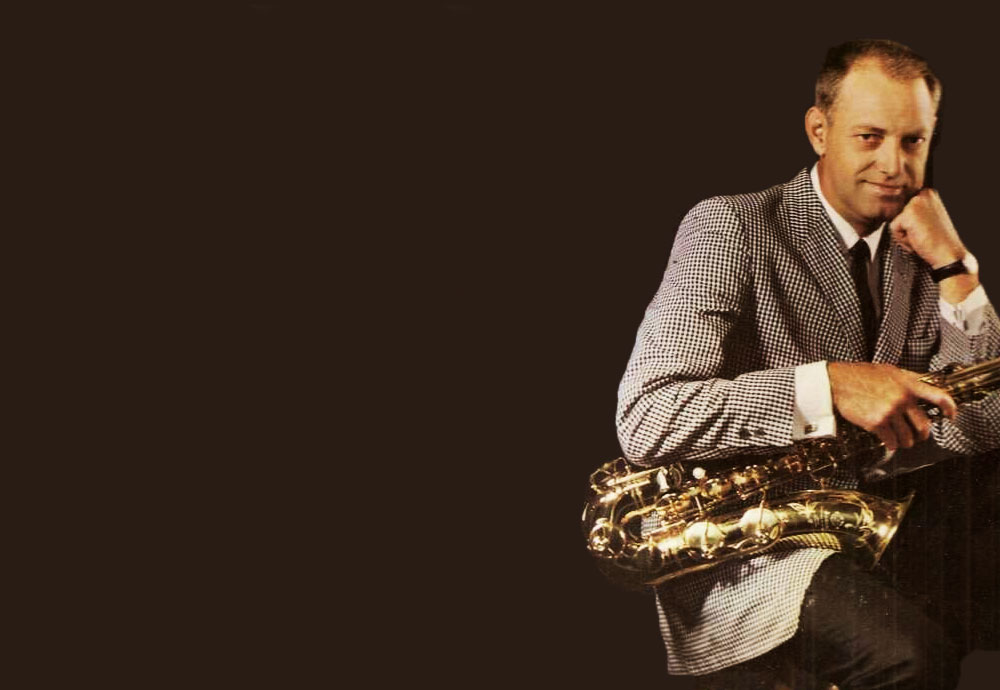 Although best known for “Yakety Sax”, Boots also played many sessions for Elvis Presley including “Return to Sender”. He also recorded with Roy Orbison, Jerry Lee Lewis, and who can forget his brilliant solo on Brenda Lee’s “Rockin Around the Christmas Tree!”

This American private eye series ran from 1958 to 1961. It has a Bluesy theme with a high energy alto sax solo.

Tales of the Unexpected

A chilling TV series which ran from 1979 to 1988. Episodes were based on the short stories of Roald Dahl, with a twist in the tale. The haunting theme tune, reminiscent of fairground music, accompanied a famous loop of a dancing woman in silhouette. 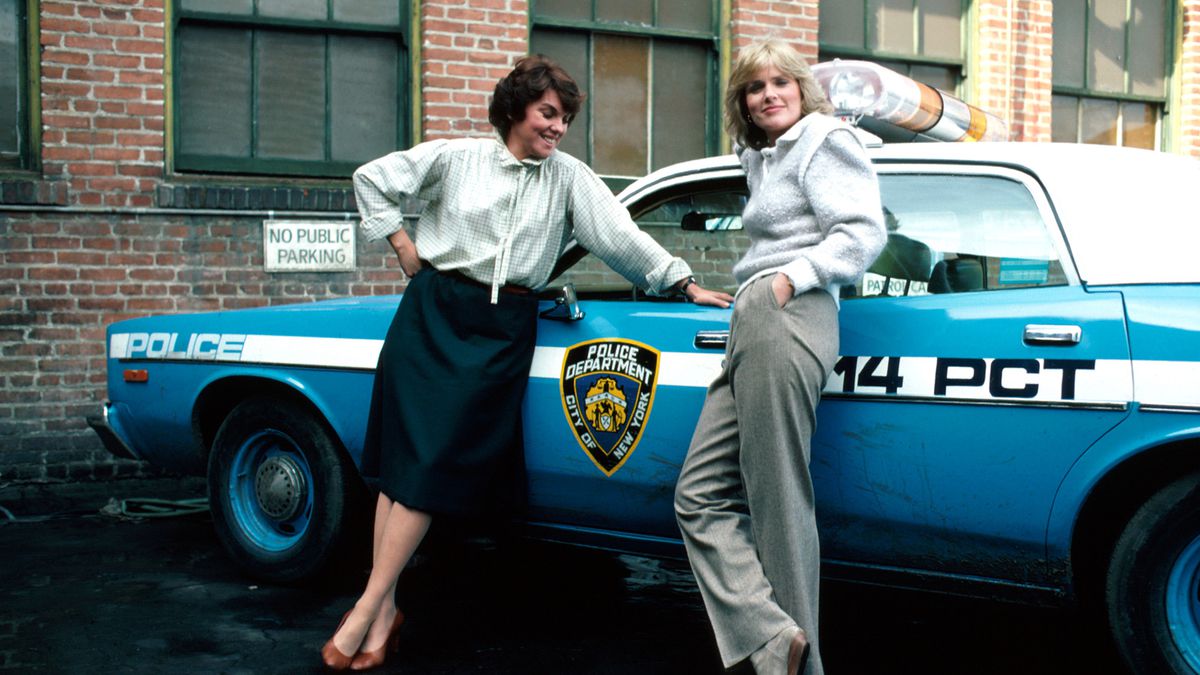 This was one of the great American cop shows of the eighties – ground-breaking because it featured a female detective duo. The theme opened with a virtuoso duet on alto and tenor, played so perfectly in sync it took a few listens to hear that there are two lines here. This great instrumental theme didn’t come in until the second season of the show (1982-83).

Composer: Bill Conti – he also composed themes for “For Your Eyes Only” for which he received an Oscar nomination, “Karate Kid”, “Dynasty” and many others.

Ernie spent 20 years in “The Tonight Show” band with Doc Severinson while being one of the top “first call” session guys in LA. He has toured with the Rolling Stones, and recorded with Frank Zappa and Marvin Gaye. He has even won Grammys as an instrumentalist. Check out his albums with jazz bassist Charlie Haden. 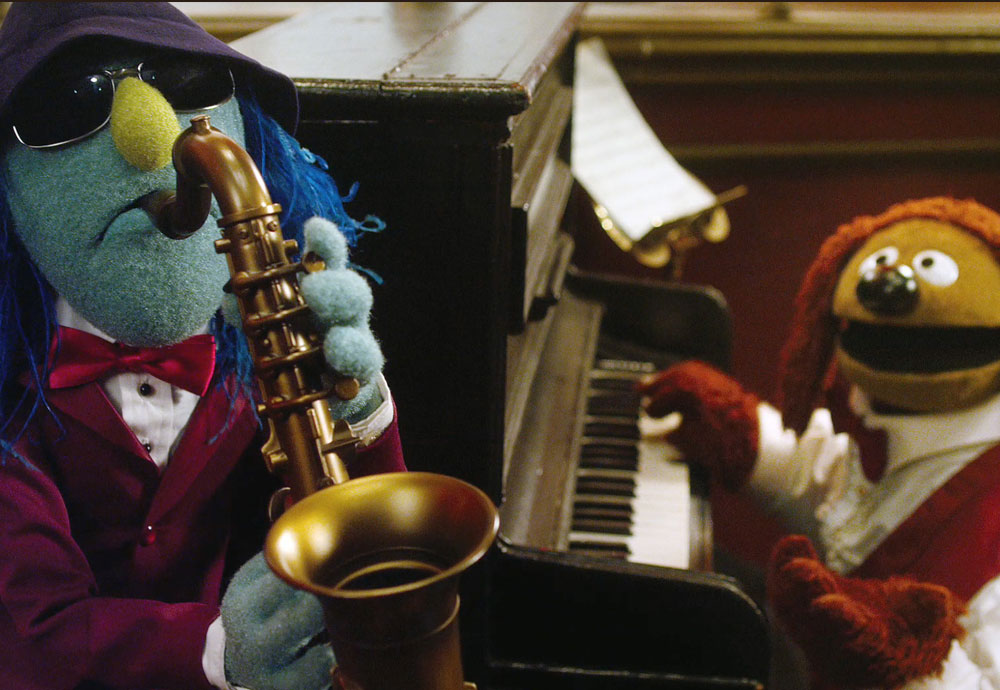 Who could forget the amazing, super-cool muppet saxophonist, Zoot, who featured on the theme music. Zoot’s musical “voice” on tenor sax was provided by Frank Reidy.

This American soap was based around a cul-de-sac in Southern California, and ran from 1979 to 1993. It was a spin-off of “Dallas”, in which Gary Ewing and his wife Valene start a new life on the coast. 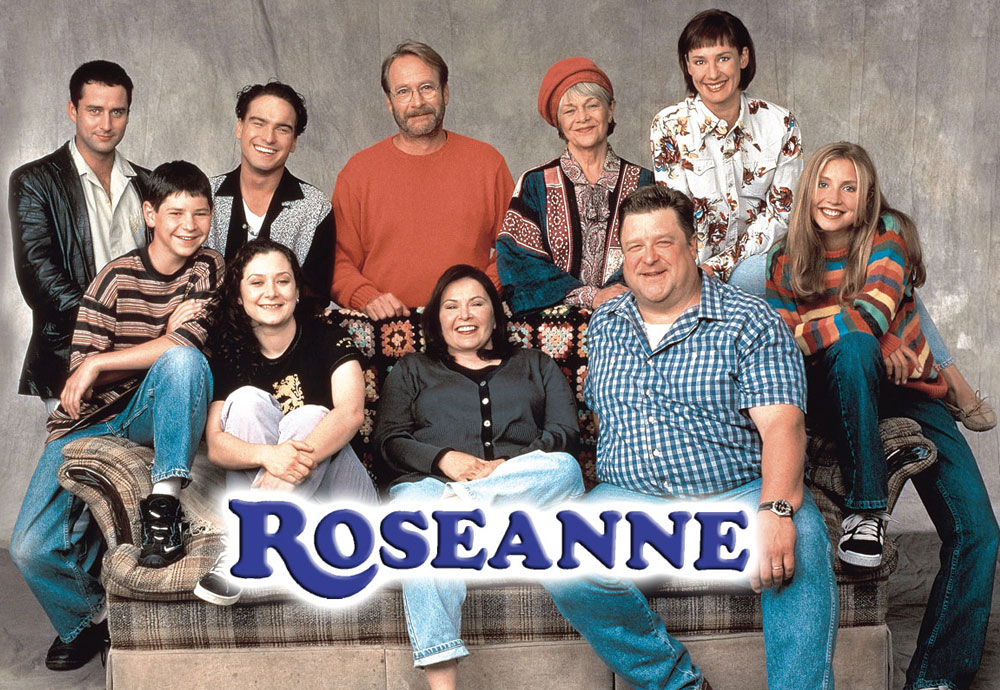 An iconic American comedy show which ran from 1988-98 featuring the irrepressible Roseanne Barr. Its bluesy laid back sax theme was integral to the feel of the show. For the final ninth series the saxophone was replaced by a harmonica. 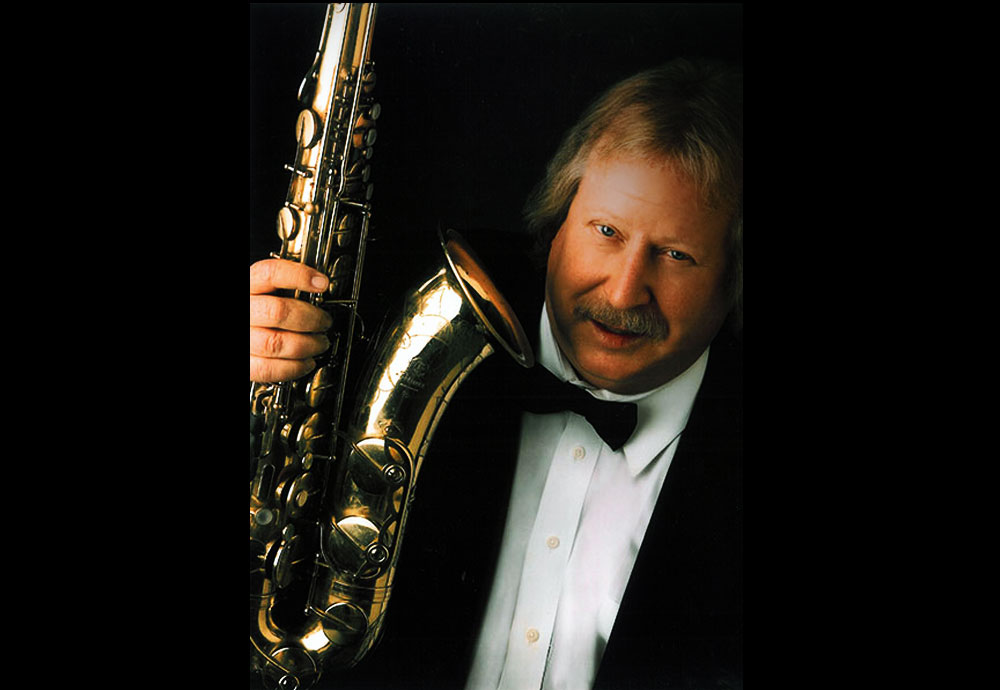 Gary has worked with just about everyone from Elvis to Tower of Power, Herbie Hancock to the Percy Faith Orchestra. He even played on Olivia Newton John’s track “Physical!” 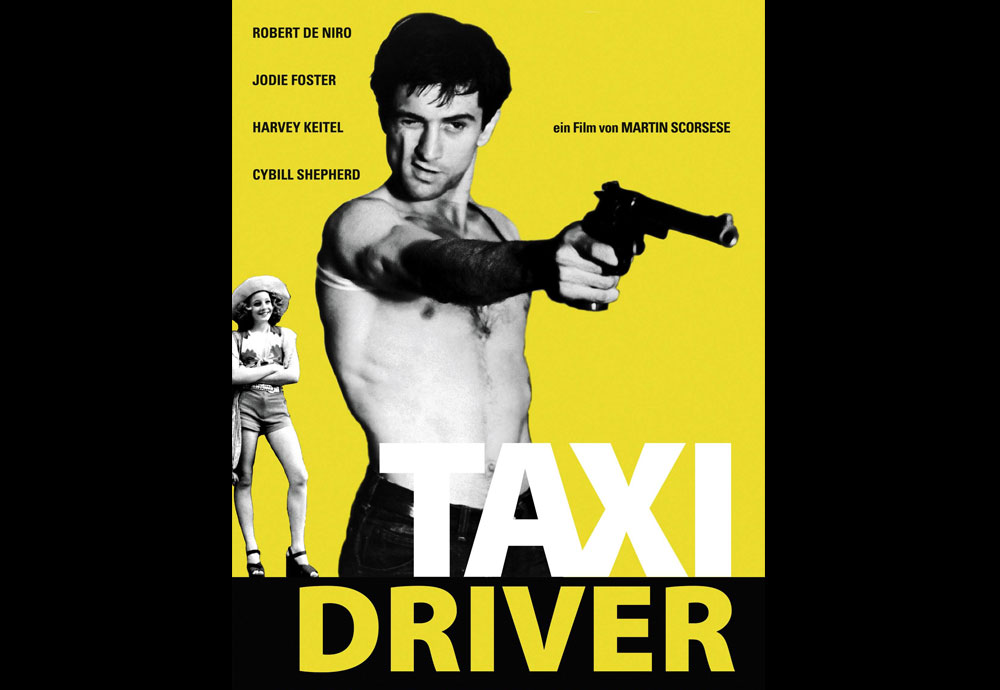 This 1976 movie was directed by Martin Scorsese. Many of the themes of the soundtrack feature the saxophone, including the main movie theme.

You probably know Tom Scott from his “LA Express” recordings in the 70’s. He also wrote the themes for “Starsky and Hutch” and “Streets of San Francisco”. Scott has won 3 Grammys during his long career as a top LA session guy which has seen him record with artists like The Grateful Dead, Paul McCartney, and Barbra Streisand among many others. Oh, and he was also a founding member of the Blues Brothers band! 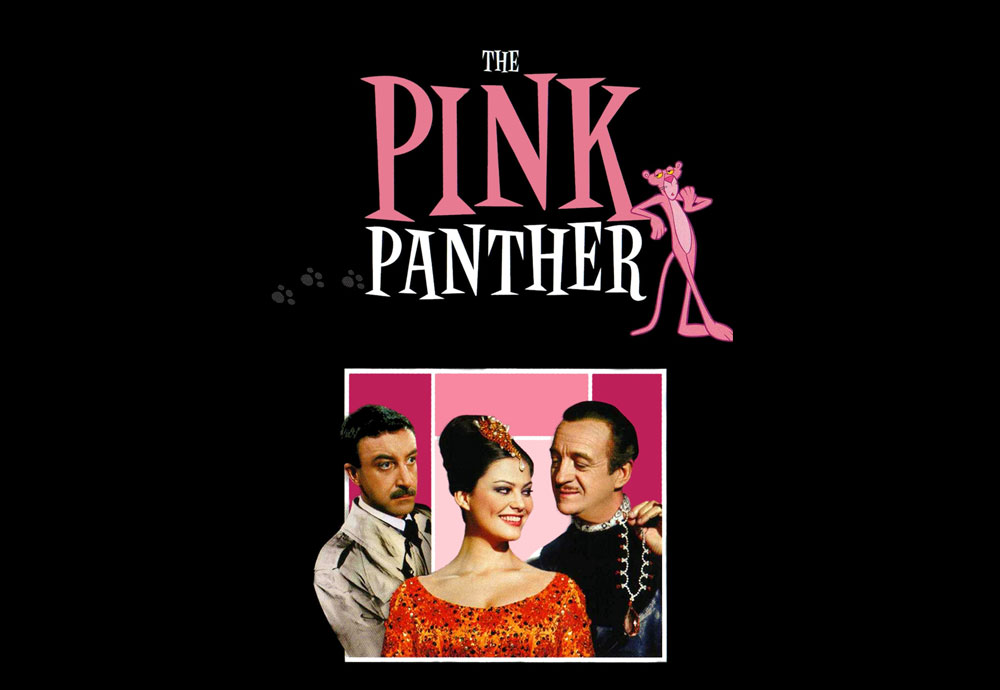 An American Comedy from 1963 starring Peter Sellers as bumbling French Detective Clouseau, alongside David Niven as Sir Charles Litton. The film earned an Oscar nomination for Best Original Film Score, and the single of the theme won three Grammy awards.

During his 20 years as a busy session player, Plas Johnson recorded with artists like Sinatra, Nat King Cole, and Peggy Lee. He also did a bunch of recording for Motown including tracks by Marvin Gaye. Although most often remembered for the Pink Panther theme, Plas Johnson was a great jazz player with an awesome sound. 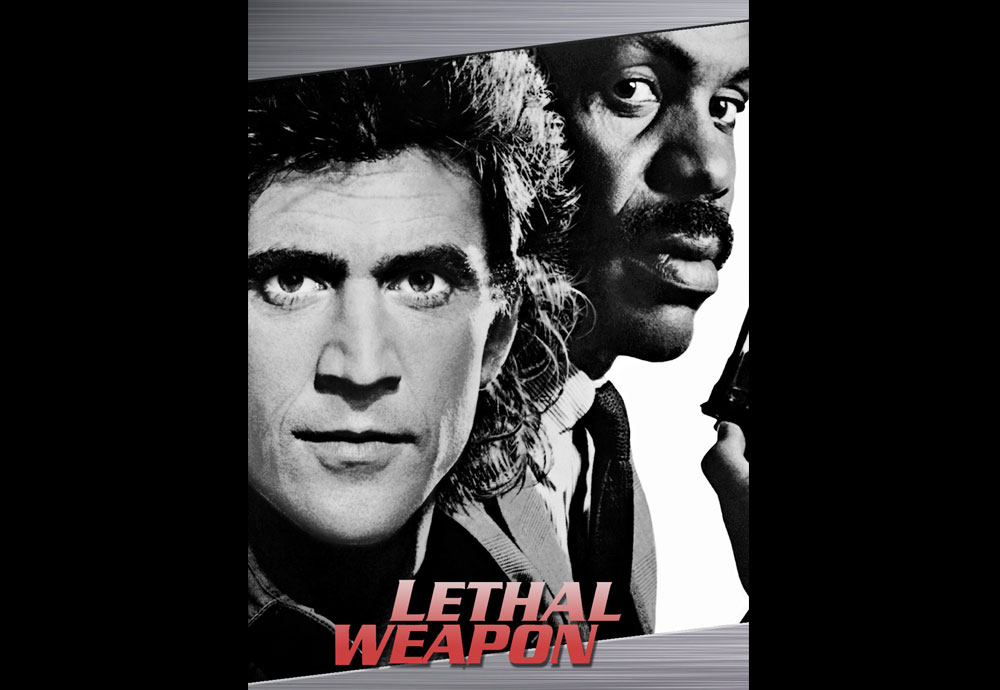 A series of four cop movies starring Mel Gibson, the first of which was released in 1987. The films centre on a partnership, and the two main characters have their own melodic theme which feature through the soundtrack. The music for this movie featured a collaboration by two of the musical giants of their generation – “Murtaugh’s Theme” was performed by David Sanborn, “Rigg’s theme” was performed by Eric Clapton.

A romantic adventure movie starring Michael Douglas, Kathleen Turner and Danny De Vito. The film was a hit (one of the best releases of 1984) and this theme with it’s 80’s vibe will take you right back there!

Though not the main theme of the movie, “The Heat is On” (written for the soundtrack) was a hit single, reaching number 36 in the Billboard Chart in 1985. Another 80’s classic, it features a repeated saxophone riff backed with synthesizer and rhythm section, with vocals by Glenn Frey.

Sax: David Woodford – although it is Beverly Dahlke-Smith who appears in the video.

Catch Me If You Can

A crime drama set in the 1960s and based on real life events, directed by Steven Spielberg. Released in 2002, it starred Leonardo DiCaprio as master con artist Frank Abagnale, and Tom Hanks as Carl Hanratty, the FBI Agent trying to catch him. The main theme is stylish, with a sixties jazz feel and unsettling, shifting rhythms. It is reminiscent of The “Pink Panther” theme, a film made in the sixties. The soundtrack was nominated for the Academy Award for Best Original Score, and the Grammy Award for Best Score Soundtrack for Visual Media.

This early Brat Pack movie starred many of the big names of the eighties’ teen movie era – Rob Lowe, Emilio Estevez, Demi Moore, and Andrew McCarthy amongst others.

Viewed through 21st century eyes, neither the movie, nor the fashions, have particularly stood the test of time, but the soundtrack has a certain teen-nostalgia about it. Rob Lowe plays a saxophonist called Billy and for the part, had to learn to play to saxophone enough to convince the movie-going public.

In his autobiography “Love Life”, he reveals that Clarence Clemons, legendary sax player with Bruce Springsteen’s E-Street Band, gave him some tips on how to look like a sax god. Lowe “fake played” on both the movie and the MTV music video for the two big hits from the soundtrack “St. Elmo’s Fire (Man in Motion)” and “Love Theme from St. Elmo’s Fire”.

This 1985 period drama focussed on the life of a young African American woman in the early twentieth century, and was based on the novel by Alice Walker. Directed by Steven Spielberg, the movie was nominated for 11 Oscars, including for the musical score, though failed to win in any category. The film introduced both Oprah Winfrey and Whoopi Goldberg in their first big screen roles. The melodic instrumental theme for the film features a soaring sax
solo which picks up the melody almost two minutes in.

Latest posts by saxschool (see all)